By Rory Tingle For Mailonline

Two people have been found dead in the middle of the night near London Stadium after being electrocuted.

Police came across the first victim at 1am and the second at 2.31am, while a witness overlooking the busy morning commuter line in Statford described seeing flames and smoke on the tracks.

It is not known why the two people were on the line and police are yet to determine their gender. 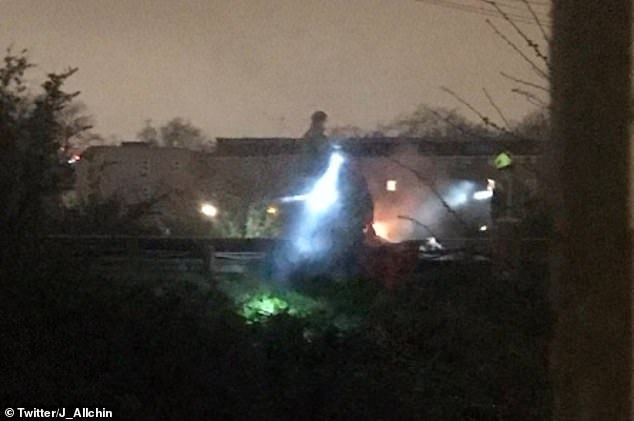 Police were called to the line just after 1am to find a person dead on the tracks. A second person was also found dead at 2.31am. Pictured: Flames and smoke near the tracks last night 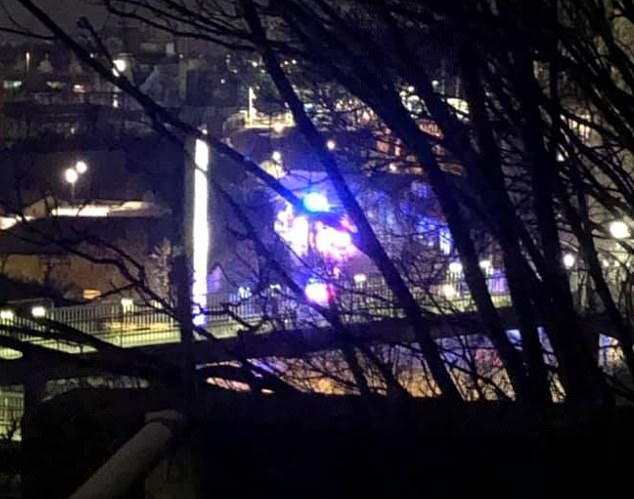 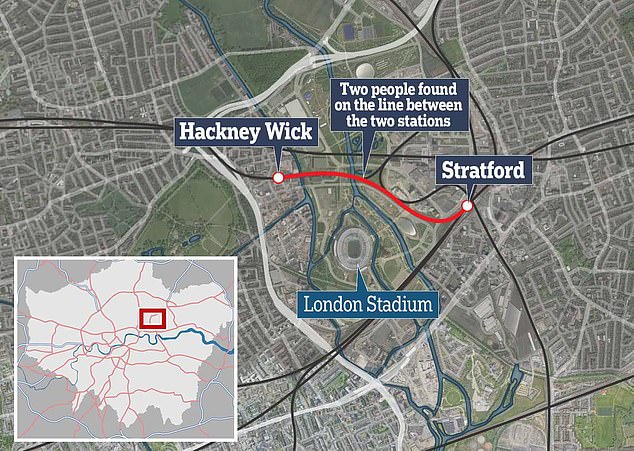 The tracks run between Hackney Wick and Stratford, which are just by West Ham's home ground

An investigation is now underway to determine why the two people were on the line. Police are also trying to identify the pair so their families can be informed.

Last year, three graffiti artists were killed by a train when they walked down tracks near Loughborough Station in south London.

The families of Alberto Fresneda Carrasco, 19, and 23-year-olds Jack Gilbert and Harrison Scott-Hood gave a joint statement saying 'a love of painting' was the only thing they were guilty of.

Detective Chief Inspector Tim Tubbs, referring to today's incident, said: 'An investigation is now underway to discover what happened and how these two people came to lose their lives on the railway.

'At this time we are treating their deaths as unexplained as we make a number of urgent enquiries.

'I would ask anyone who was near Stratford or Hackney Wick last night, and saw something which they think might be relevant to contact us as soon as possible.' 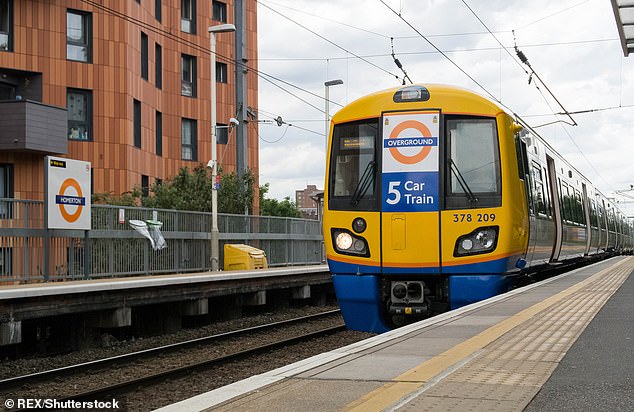 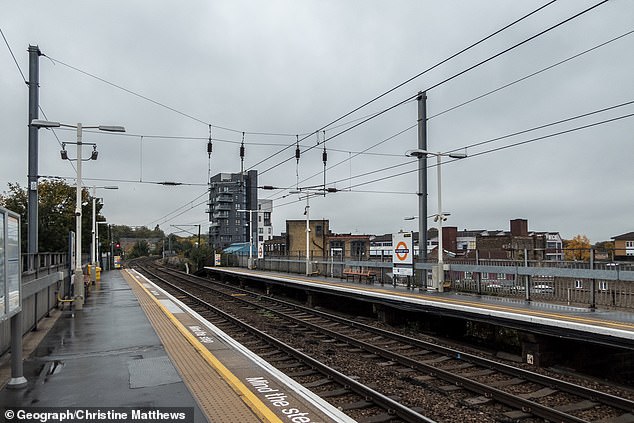 An undated photo of Hackney Wick station, near where the two victims were found dead last night

It is not known why the two Stratford victims were on the tracks. Last year, three graffiti artists were hit by a train near Loughborough Station in south London. They were, left to right: Jack Gilbert, 23, Alberto Fresneda Carrasco, 19 and Harrison Scott-Hood, 23

A BTP spokeswoman said: 'At approximately 1am in the morning on March 21, BTP were called to the line between Hackney Wick and Stratford.

'Officers attended the scene, alongside other colleagues from the London Fire Brigade and London Ambulance Service.

'However a person was sadly pronounced dead at the scene after sustaining serious injuries consistent with electrocution.

'At 2.31am this morning, BTP officers were called to reports of a second person on the tracks close to Stratford.

'Sadly the person was also pronounced dead at the scene after sustaining serious injuries consistent with electrocution.'