They left without firing a single shot, taking at least 19 passengers with them as they sped away from the scene. And so far, they seem to have vanished without a trace.Where did the missing passengers go? It's a mystery that's left Mexican officials scrambling for answers as public pressure mounts.Authorities are investigating what they've said may be a mass kidnapping, and Mexico's top leaders have offered several possible explanations in recent days. They've revealed one key detail that's likely a big piece of the puzzle: All the passengers the gunmen removed from the bus were likely migrants traveling through Mexico and heading to the United States. And the theories authorities have presented have serious implications in the immigration debate on both sides of the US-Mexico border.

Theory 1: The migrants were kidnapped

Officials at first tried to downplay the possibility the migrants were kidnapped, but later announced a national operation to find the missing migrants. What we know so far:Gunmen intercepted the bus March 7 along the highway that connects San Fernando, a town in the northern Mexican state of Tamaulipas, with the city of Reynosa, which sits across the US border from McAllen, Texas. It took days for officials to reveal the incident — something that's drawn criticism in Mexican media. Officials have defended the delay, saying they weren't trying to hide information but were waiting to confirm facts before releasing them. San Fernando was the site of a notorious migrant massacre less than a decade ago. Investigators found the remains of 72 migrants at a house there in 2010. The next year they found the remains of nearly 200 people in mass graves in the area while investigating cases of passengers kidnapped from buses.But you don't have to go back that far to find other examples of kidnapped migrants in Tamaulipas, a cartel stronghold. Just this week, authorities announced they'd rescued a group of 34 migrants who were being held there. 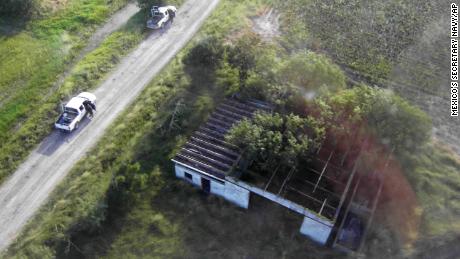 What experts say:For years, advocates and analysts have warned that Central American migrants are often assaulted as they make their way north through Mexico. In 2011, the country's human rights commission estimated that more than 11,000 migrants had been kidnapped in a six-month period. Kidnappers take different approaches in different parts of the country, says Stephanie Leutert, director of the Mexico Security Initiative at the University of Texas at Austin. In Tamaulipas, intercepting buses is a common tactic, says Leutert, who co-authored a report analyzing migrant kidnappings last year."Armed cars stopping the bus, people with weapons getting on and pulling people off, it's a modus operandi of kidnapping that fits clearly into a pattern," she says. 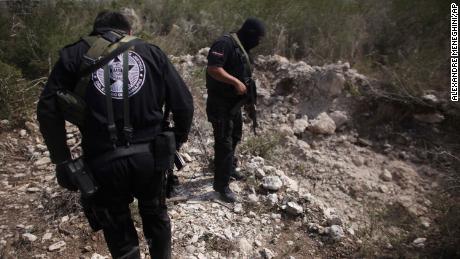 Maureen Meyer, director for Mexico and migrant rights at the Washington Office on Latin America, says there's one thing that's notable about this most recent incident: It's getting a lot of attention. But Meyer says she sees it as part of a "continuation of kidnappings" that Mexican authorities haven't done enough to investigate."Migrants are targeted for crimes in Mexico precisely because of their vulnerable status," she says. "It has become a lucrative way for criminal groups to gain thousands of dollars per migrant as they're holding them for ransom."Rafael Alonso Hernandez Lopez, who directs a doctoral program in migration studies at the Colegio de la Frontera Norte (The College of the Northern Border) in Tijuana, said it's notable that Mexican officials are talking about what happened at all. He noted it's the first such incident since Mexican President Andres Manuel Lopez Obrador took office in December. "The problem dates back years, and it's unfortunate that it keeps happening. … Perhaps what's changing is that in the new administration there hadn't been any events like this, and they hadn't been made visible," he said. "The fact that the federal government itself has made this situation public also speaks in another way."

Theory 2: The gunmen were smugglers the migrants contracted

As word spread of the migrants' disappearance, Lopez Obrador and one of his top national security officials floated the possibility Tuesday that the migrants weren't kidnapped, but rather were simply meeting up with smugglers they'd contracted to help them get across the US-Mexico border. "There's a hypothesis that this is a way of getting to the US territory. It's not that they disappear, but that this is how they cross the border," Lopez Obrador told reporters.What we know so far:Mexican officials say they've been checking with authorities in Central America to see whether anyone has reported loved ones missing. And so far, they haven't received any reports. Mexican Security Minister Alfonso Durazo told reporters it's notable that no shots were fired when the gunmen boarded the bus, and that only men were taken. "Intelligence indicates that criminal groups that operate in the area offer services to transport migrants to the United States," Durazo told reporters Tuesday. At a news conference Thursday, Mexico's defense secretary presented what he said were images of the bus crossing through a military checkpoint more than an hour before the ambush. All 44 passengers aboard the bus were screened at the time, he said. Authorities now believe the migrants onboard were carrying fake Mexican IDs, he said, because personnel who checked passengers' documents didn't register any foreigners. 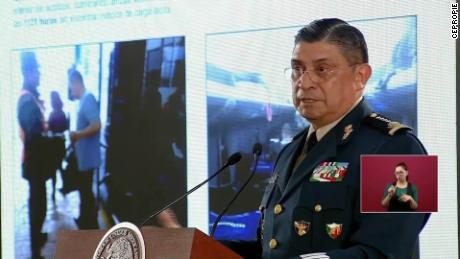 What experts say:For Leutert, the idea that masked gunmen would ambush a bus as part of a smuggling deal doesn't add up."If you were just trying to meet, you would imagine you would just wait at the bus stop. It doesn't fit into the pattern of migrant smuggling," she says. "And it fits into the pattern of migrant kidnapping that we see. That's why for me, these incidents are really concerning."Jeremy Slack, an assistant professor at the University of Texas at El Paso who studies the impact of drug violence on migration, says it's unclear whether authorities know more than they've let on so far. But both theories Mexican officials have presented could turn out to be true.The migrants may have hired smugglers, he said, who later decided they wanted more money and decided to kidnap them rather than take them across the border."Just because you agree on something with a smuggler," Slack says, "doesn't mean the terms don't change."And sometimes, he says, migrants make a smuggling deal with one criminal group, only to be intercepted by another along the way.

No matter which theory turns out to be true, there are major implications in the immigration debate

The timing of the migrants' disappearance is notable. It comes as:• US authorities are increasingly forcing more migrants to stay in Mexico, both by significantly limiting the numbers of people who may seek asylum daily at ports of entry, and by sending a growing number of migrants who are seeking asylum back across the border to wait while their cases make their way through US courts• US officials say the number of migrant families making their way to the border has spiked significantly, and that migrants are increasingly arriving at the border in large groups• Mexican officials vow that protecting the human rights of migrants is a top priority, but Mexican border cities have struggled to handle the influx of migrants 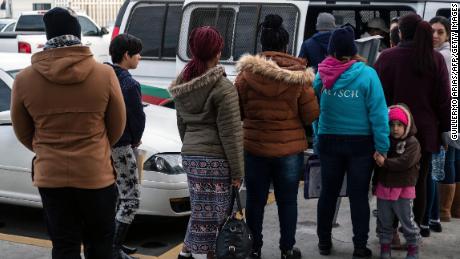 Experts say this combination of factors could make what's already a volatile situation even worse."The border towns could become very unmanageable very quickly," says Meyer of the Washington Office on Latin America. "Criminal groups also follow migrants because they're easy victims. This may also impact the border communities in a way they haven't anticipated."Leutert, of the University of Texas at Austin, says the brazen nature of the recent bus incident seems like a throwback to more violent times along the border — and that concerns her."To do a mass kidnapping, it's a lot more complicated than just throwing two people in the back of a car," she says. "It requires a different level of sophistication and corruption. … We haven't really seen any high-profile cases like this in a while."