Thousands of protesters took to the streets of European cities on Friday — part of global demonstrations aimed at spurring politicians to be more aggressive in tackling global warming.

“Today, people from over 2,000 different cities in over 120 different countries are taking to the streets, demanding political action against climate change. The European Union is leading the way in this effort … Yet, the protestors are right when they point out that we are lagging behind,” said Commission Vice President Valdis Dombrovskis.

Brussels, which has seen weekly protests by students skipping school to berate both national and EU politicians, had about 30,000 taking part, according to police estimates.

“Im extremely proud of my students,” said Anaïs Vanwelde, 45, a social science teacher. “We often say young people dont care about anything, but thats not true. They are here to fight for an alternative world.” 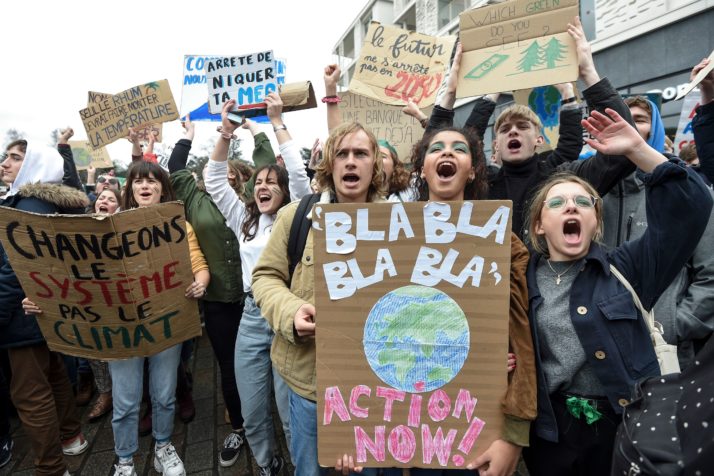 She called on politicians to make it easier to ride bicycles rather than cars and to buy locally produced food.

“Deforestation is the biggest problem, I think,” said Laurent Collin, 40, who left work early to attend the climate strike. “And politicians should act now to reduce CO2 emissions. I dont understand why flights are often a cheaper option than taking the train. Flights should be taxed more.”

The signs waved during the march showed the depth of feeling about perceived political inaction over climate change.

“Every disaster movie starts with a politician ignoring a scientist,” said one sign, while another read: “Help more bees, plant more trees, clean the seas!”

Politicians argue that the political realities of trying to deal with climate change while not sparking protests like Frances Yellow Jackets movement make swift progress difficult.

In Belgium, a bill to cut greenhouse gas emissions by 95 percent by 2050 may not have enough support in parliament where its due to be voted next week.

“The speed of a transition is also the ability of a whole society to accept change,” Federal Energy Minister Marie-Christine Marghem told POLITICO last week. “Raising ambition is political, I do not know if we will find a majority to do it.”

The same calculations are seen across the bloc.

The European Parliament on Thursday backed a Commission proposal to achieve climate neutrality “as early as possible” and no later than 2050, and also called for upping the blocs 2030 emissions reduction target from 40 percent to 55 percent.

But there is fear that the scale of the transformation required to decarbonize the European economy could create a backlash. 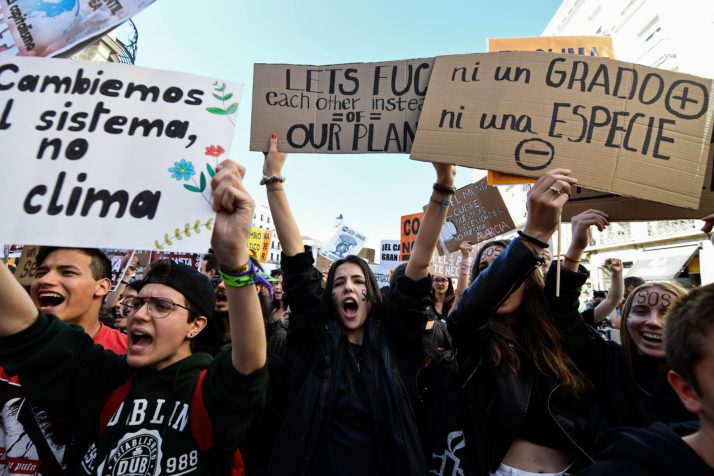 Read this next: The Trump-Merkel doctrine of mutually assured detestation