Why the West loves Poroshenko again

President Petro Poroshenko was no ones idea of the face of Ukraines future. Now he looks like the last hope.

As the date of the March 31 presidential election nears, Russia has upped its efforts to exert influence on the race. A recent report from U.S. intelligence services found that the Kremlin is seeking to apply “a range of tools” to “exploit Kyivs fragile economy, widespread corruption, cyber vulnerabilities, and public discontent.”

The goal? Defeat Poroshenko and bring to power a less anti-Russian government.

As a result, foreign diplomats and Western capitals are coming around to an ironic realization: Poroshenko, the leader whose slow pace of reforms has at times frustrated their hopes for rapid change, is now their best — and only — chance of keeping Ukraine from drifting back into Russias orbit of influence.

Its important not to underestimate Putins deep-held desire to restore influence over Ukraine.

For Russian President Vladimir Putin, it doesnt so much matter who wins the election, just as long as its not Poroshenko.

A win for either of the two other front-runners — the politically inexperienced comedian Vladimir Zelenskiy and the left-leaning political veteran Yulia Tymoshenko, whose policies could rupture Ukraines relations with the International Monetary Fund — would be likely to destabilize the country, and create an opening for Putin to exert greater influence.

Putins main motive is not so much to elect a Kremlin-friendly president, but to make it abundantly clear to any future Ukrainian president that refusing to make concessions to the Kremlin will lead to political ruin.

The reasons behind the Kremlins efforts to derail Poroshenkos campaign are also deeply personal.

When Poroshenko came to power five years ago, he presented himself as a pragmatic candidate in favor of peace. Because of his business background and his wealth, he also had a reputation for being a pragmatic politician who was open to striking deals. Putin likely thought that Poroshenkos business interests in Russia — since abandoned — would make him inclined to compromise.

Instead, the Ukrainian president has been a formidable adversary: Poroshenko used his diplomatic skill to build widespread support in the West for major economic sanctions against Russia.

At home, Poroshenko has reduced Russias cultural impact by banning Russian television stations and social media platforms, and promoting the use of Ukrainian in media and in schools. He also successfully lobbied to create an independent Ukrainian Orthodox Church — a religious schism that has dealt a major blow to Moscows historic claims to Kiev, and will cost the Russian church millions of dollars in church property, as well as dramatically erode its soft power influence in Ukraine.

Not least of all, the Ukrainian leader also succeeded in convincing the United States to provide Ukraine with lethal defensive weapons and has rebuilt both the Ukrainian armaments industry and created a formidable Ukrainian military force.

All these are neuralgic issues for Putin, who expected Ukraine to wither under the force of Russias aggression and destabilization, and cant stomach the idea that Poroshenko could win another term.

Since the start of the election campaign season, Russia has deployed hundreds of millions of dollars in the effort to influence and disrupt Ukraines election, according an assessment by Ukraines security service, the SBU.

The Kremlin has sought to raise the political temperature by promoting inter-ethnic and inter-confessional conflict and painting Poroshenko as a feckless leader who is unable to maintain order.

It has also intensified its cyberattacks against Ukrainian officials and the countrys Central Election Council — which it hits on a daily, sometimes hourly, basis – as well as its disinformation campaign on social media.

A data dump of documents from an unknown source released last month by a Western-funded Ukrainian anti-corruption watchdog and alleging improprieties by Poroshenko associates also leaves open the possibility that the data may have been subject to tampering by Russian, or Russia-friendly, actors.

The Kremlin has also been laying the groundwork for this anti-Poroshenko campaign by empowering Kremlin-friendly businessmen and politicians through sweetheart deals and market access.

There are countless examples. A leading Ukrainian pro-Russian politician, Viktor Medvedchuk — whose daughter is Putins goddaughter and whose wife was recently revealed to be the majority owner of a company that last year won a tender to exploit a lucrative Russian oil field — exerts influence on several television news stations. Taras Kozak, a parliamentarian and influential importer of Russia-sourced diesel fuel who also co-owns a Russia-based weapons manufacturer, has taken over the popular television channel 112. Oligarch Dmytro Firtash, who made billions as a Russia-approved gas trading intermediary in the early 2000s, owns the widely watched Inter TV — which has seen a steady stream of criticism of Poroshenko as the election nears.

The scale of Russias intervention in Ukrainian politics may strike some as unlikely. But its important not to underestimate Putins deep-held desire to restore influence over Ukraine. 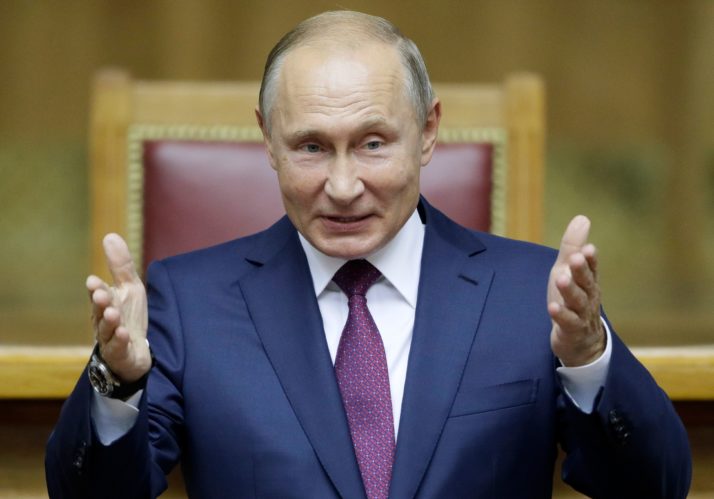 Sure, his presidency gets mixed grades. Despite some economic growth, for most Ukrainians — whose average monthly wage stood at $390 in December — things arent getting better. And though hes overseen a crackdown on corruption, critics fault him for the slow pace of reforms, including when it comes to criminal justice.

But what are the alternatives? His rivals are likely to weaken Ukraines links with the West or create uncertainty by undoing recent progress.

Western policymakers have realized it might be in their interest to embrace his accomplishments and turn a blind eye to his shortcomings. Ukraines patriotic liberals, too, are coming to the same conclusion.

As Yaroslav Hrytsak, one of Ukraines most prominent public intellectuals, recently put it: The main decision for liberals today is whether to support Poroshenko in the first round or wait until the second.

Adrian Karatnycky is senior fellow and co-director of the Ukraine in Europe Initiative of the Atlantic Council.

Read this next: For business, no-deal Brexit has already hit